Skippy Baxter came public about his meth addiction via social media about a month ago.I only became aware of it this year when it spun completely out of control. For a lot of my followers, it was apparent something was going on but they didn’t know what until i wrote about it at my BLOG

Here for AR3 a very brave Skippy opens up in a NO-HOLDS-BARRED extremely brutal and raw account of his continuing battle with Meth. And I do also as his best friend and lover.

If you are suffering from a Meth addiction or you know someone who is please get professional help. Here is a list of support groups in Australia.

There’s also heaps of information on Youtube. Check out MethInsideOut

We made this video to spread awareness and to hopefully allow others like us to know they are not alone and that they need to get help and that there is help out there for them. It’s a FKIN evil tough battle and even I can’t see what ending me and Skip will have. 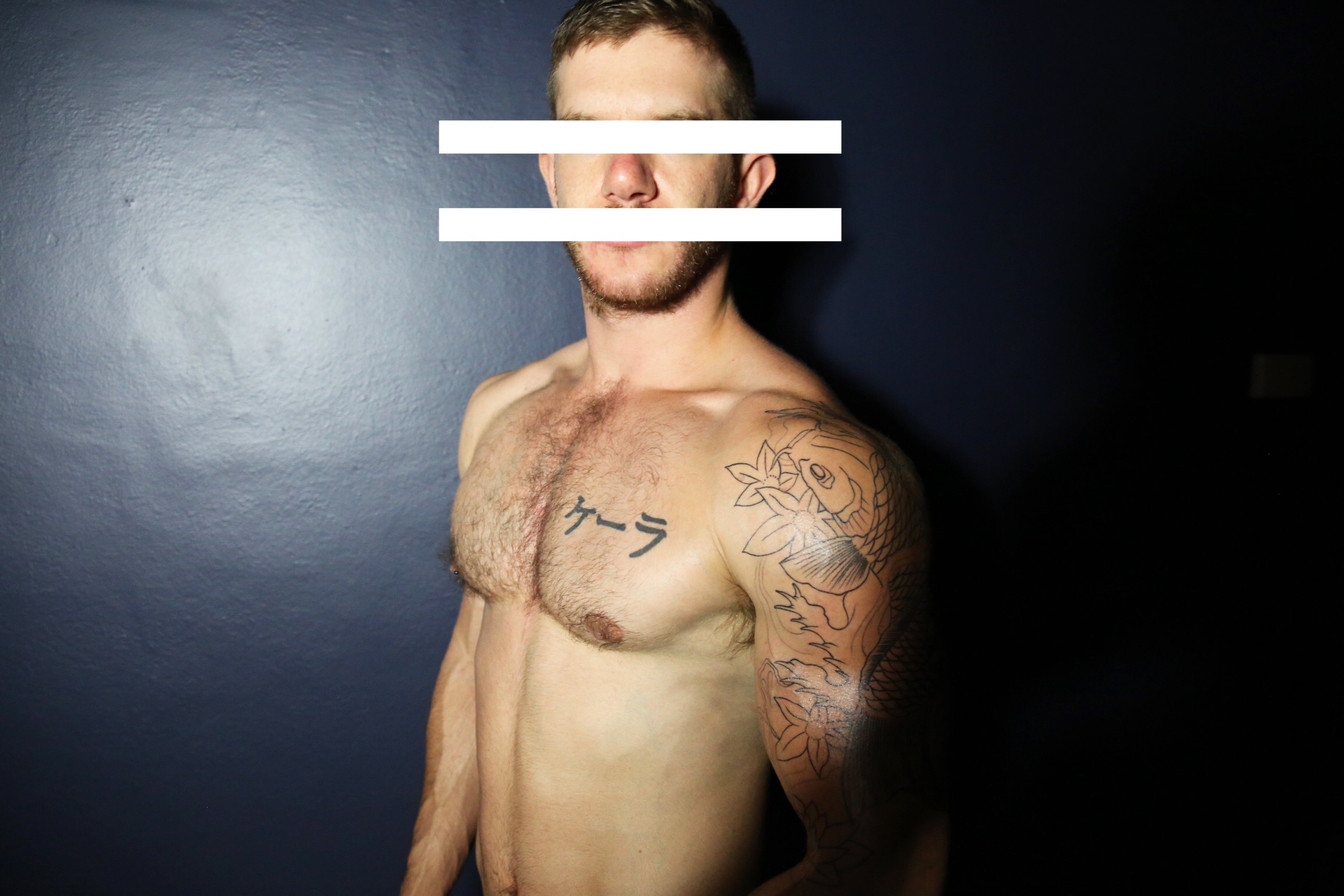 TOY SOLDIERS my relationship with meth.

Skippy did something incredibly brave, in a hypocritical and judgemental world, he spoke up about an evil and terrible battle he has been fighting alone for the last two years with a meth addiction.

he spoke out on his social media;

“I have a confession to make. It’s either going to destroy my reputation or won’t make a difference. For the last 2 years I’ve struggled with drugs more specifically crystal meth. I recently went to rehab and was doing great until recently I relapsed. I’m now back on the road to recovery. The reason why I’m telling you this is not for sympathy or attention. But really awareness. I guarantee you that meth will eventually work its way into every aspect of your life and will destroy it.

Seek help talk to someone.

There is hope. Visit www.bradshawhouse.com.au

This changed my life”

Meth is a powerful FKIN evil and VERY present drug in our community. As a sex worker I am faced with PNP or asked if I’m chem friendly constantly. It’s no less predominant over seas. It’s FKIN everywhere! For those who wanna play the “moderation” card or claim “functional user” sanctuary this story isn’t about you and i really hope it never is. Because no one deserves the intense hurt, frustration and immense evil I have witnessed and experienced.

You guys saw Skippy explode onto my social media in 2013. We have been very public about our relationship, and haven’t left much to the imagination. I’m in love with him but it took a long time to realise this. In all honesty if the sex wasn’t the best sex I’ve ever had I wouldn’t have stuck around in the beginning. But i kept coming back for that ass and i slowly started to see the amazing, funny, brave and beautiful man that was hiding behind layers of walls that he had built up around himself from being hurt during his life. I always say “Absolutely no regrets” But in the last several years I’ve made some FKIN MAJOR MISTAKES! and have caused some broken hearts. Hearts of men that should never have been broken but protected and respected to their dying day. These are my demons and filthy guilts I have to live with.

I had no idea about Skips meth addiction and only became aware of it this year. Ironically, after two years of him fighting for my heart and for me to finally offer it to him, was when the addiction blew out of control and took over his life. And in doing so ripped my heart in ways i didn’t know possible. Let me try and explain something to those of you that are completely alien to what meth does. I know that Skip loves me and didn’t want to hurt me but he would do the most awful things to me. Normally you could confront your partner, reprimand them and either leave them or rebuild from the damage made. But you aren’t fighting your partner you’re fighting the meth addiction and it is merciless. Theres no black and white here its a bottomless pit of grey. Skip got to the point where he had no control over what he was doing. If you’re still lost think “Captain America Civil War” I was the Cap, Skip was Bucky. Everyone had turned their back on him and wanted him accountable for the evil he was doing but I knew that it wasn’t him and that deep down there was still the Skip I fell in love with.

I made this video when I was in the shit of the storm. I didn’t really know much about Meth addiction at the time, only  that Skip had started lying to me and we were fighting constantly. I had told him I needed time away from him when I made this. I posted it up but changed the song to Rihanna’s Kiss It Better, thinking people would think Skip was dead if I used Bright Eyes. (Which then inspired the Kiss It Better video I posted of us on YouTube.) Even though I am very open with you guys I couldn’t talk about what was happening to me because it wasn’t my place to tell people what was happening with Skip. I was really alone during this time. I couldn’t turn to my friends or family for help or support, firstly most of them thought Skip was bad news and I should get rid of him but more importantly they didn’t have the knowledge or understanding to help me.

I was loosing an amazing man, a lover and a friend, my partner in crime. the worst part is I knew he didn’t want to destroy us, it was killing him and that only made him want to use more. It’s a vicious cycle. And for me it wasn’t the addiction to meth that was destroying me but the lying and deceit which you would argue is the addiction so there was no way to win. I was fighting an enemy i couldn’t beat. in my desperation I was doing things I never thought I was capable of doing and becoming a person i didn’t want to be.

The awful truth is I am one of many lovers, friends and family that are unwilling victims in the fight against ice, or what ever poison the person you love has fallen a slave too. I can only describe it as the most hurtful thing to ever happen to me and if you or someone you know suffers from any addiction of this magnitude get help. Don’t try and fight it alone. Talk to people and I’m talking about professional help.

The cruelest thing about all this is there comes a point where you have done all you can, you have taken all the blows you can. There comes a time when you have to understand you can’t save the person, no one can, you can be there for them and try and help them till even that becomes impossible and all that is left to do is walk away and hope that they will decide to take the steps they need to to get help and get better before they end up in hospital, jail or worse, dead.

So where does that leave me and Skip? There’s a terrible chance that Batman has lost his Robin. And even though my hope has all but been beaten down to nothing my heart still wants him to come back to me and for us to rule the world like I always imagined we would…

check out MethInsideOut on You Tube or SHARC Self Help Addiction Resource Centre.

KIKASS animated films you need to know about… 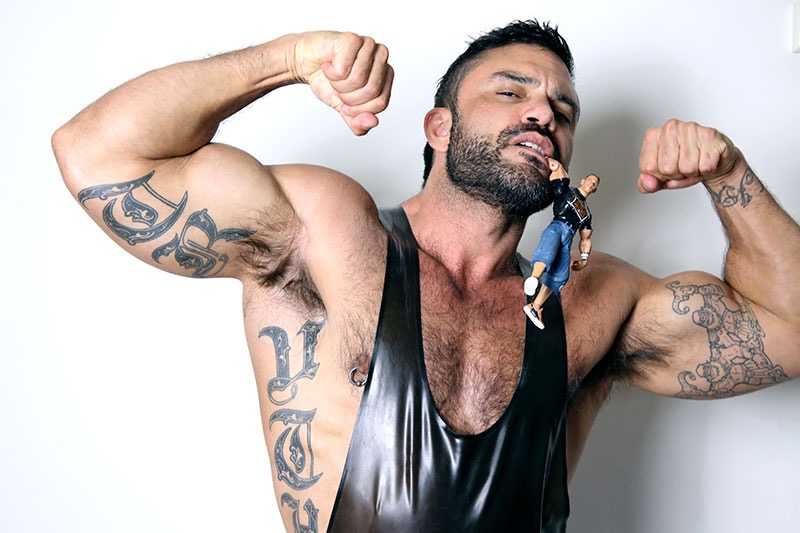 INTERVIEW WITH ROGAN RICHARDS with GAYDEMON 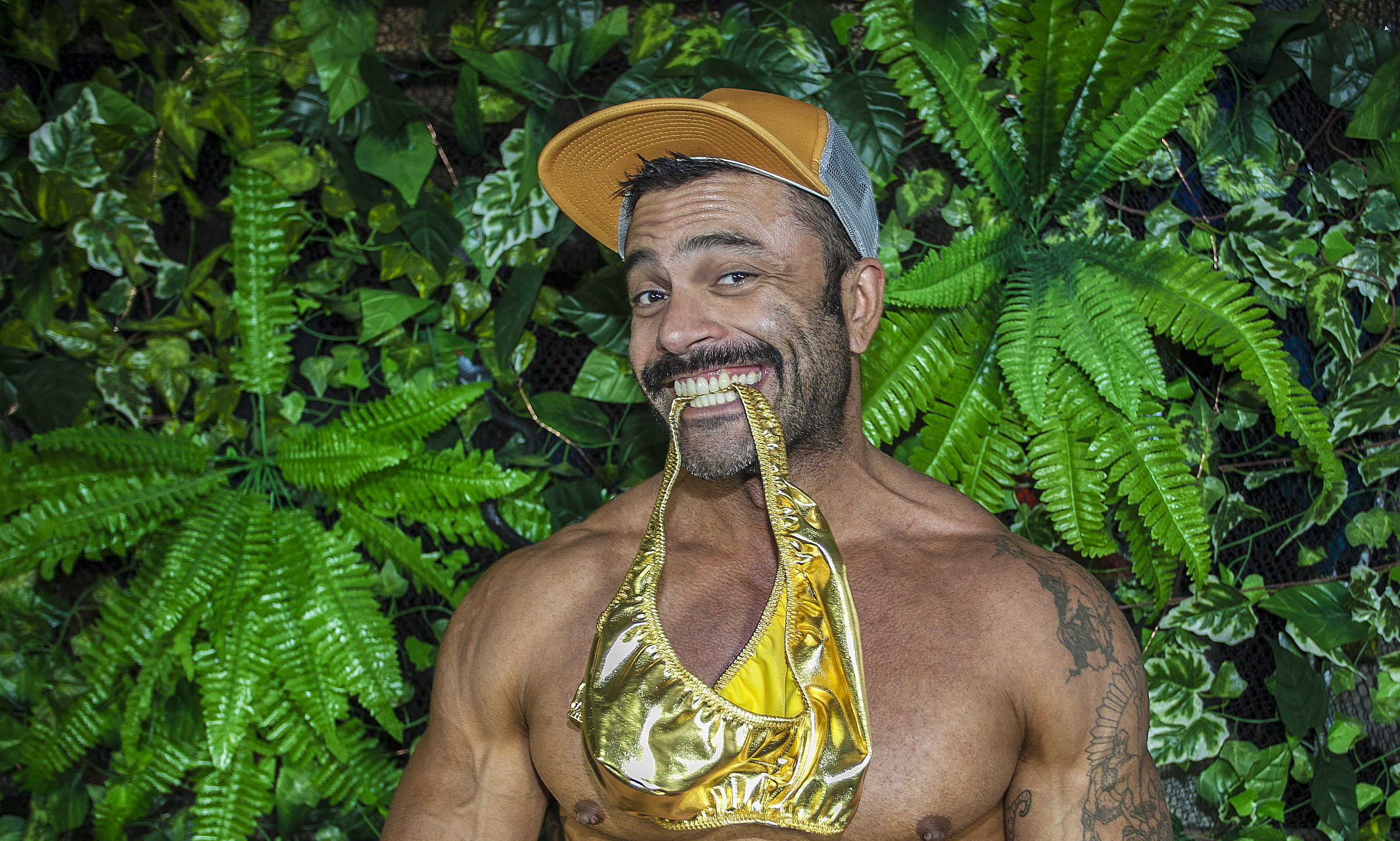 My interview with Loverboy.