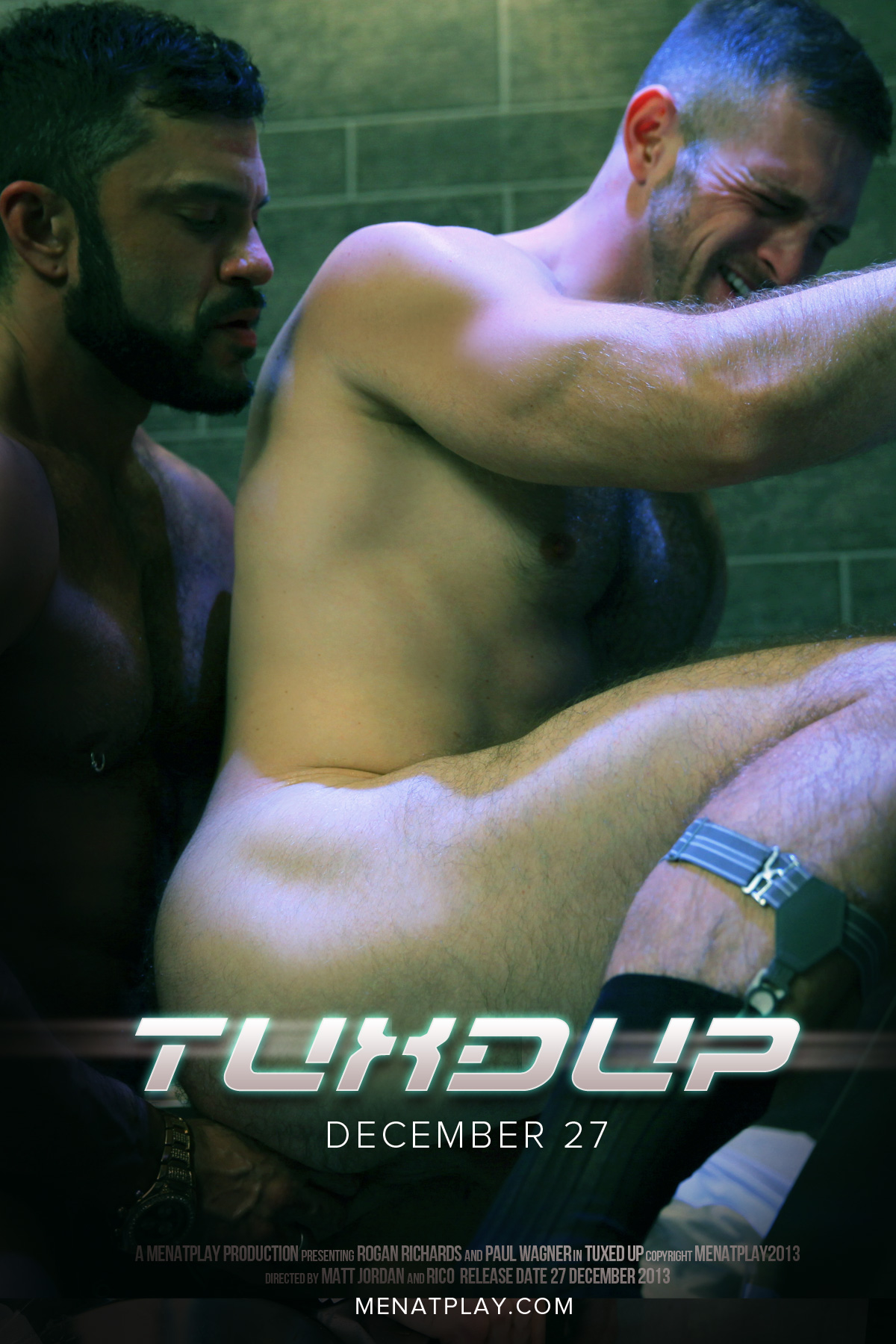 TUXDUP for MEN AT PLAY

I just remember Paul had the hairiest ass I’ve ever had to eat out!

CLICK HERE for MY SCENE with PAUL WAGNER(‘s hairy ass!)

RUFDUP’N’WET with SCOTT HUNTER for MEN AT PLAY

Me and SCOTT HUNTER had wanted to meet and fuck for about a year before we actually met on the set of MAP’s RUFDUP’N’WET. MAP had asked if there were any models I wanted to work with and SCOTT was on the top of the list I gave them and they made it happen. (Have I said how FKIN good that studio was to me!) I have done scenes with models I’ve requested before and they don’t always turn out as great as you hope. Sexual chemistry is something that you naturally have with someone or you don’t. Luckily the sexual energy between me and SCOTT was off the scale. I don’t know if it was the 12 months of pent up anticipation to get my cock inside his hot white ass BUT we went for it in this film and didn’t hold anything back. I think it shows and we both still get messages from fans telling us how “HOT” this scene is and how much we are obviously into each other!

Though this states it is introducing me it was the 2nd film I shot for MEN AT PLAY. I remember being unsure about my 90’s daytime soap hair-style but I think I made it work and if you’re paying attention to my hair I’m not performing to my best ability.

I’ve said it before and i’ll say it again MAP made me and I will always be grateful to them for this.

Of course as soon as they left the room I blew in seconds! The guy in the mirror helped of course.

And of course now when it comes time to shoot my load I got that old chestnut(s) down pat! 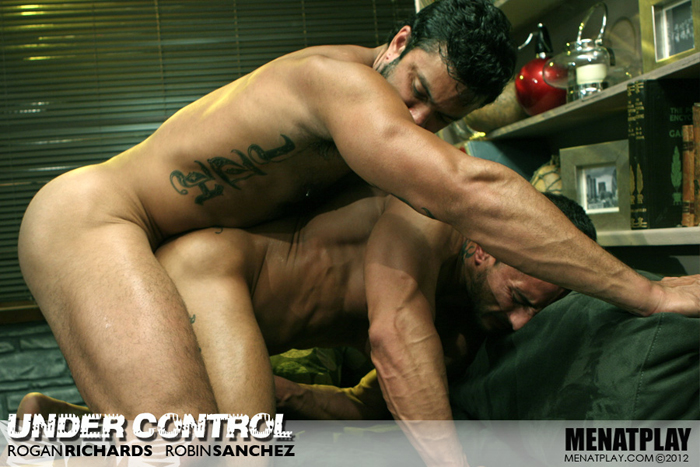 UNDER CONTROL for MEN AT PLAY 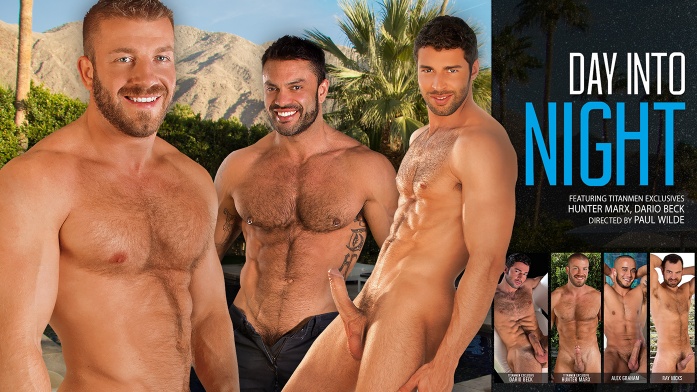 Yea, Yea, that time HUNTER MARX stuck it to me for TITAN MEN

A wet, hairy mass of muscle dripping from water warmed by the sun. A tight, toned body basking in the moonlight. It doesnít matter when TitanMen exclusives Hunter Marx and Dario Beck get in the moodófrom Day Into Night, they wear it well. Rising from the water as his wet, muscular body glistens, hard Hunter Marx spots a stroking Rogan Richardsóand quickly gives him another cock to play with. A passionate kiss between hairy Alessio Romero and Ray Nicks escalates with another oral exchange, their two bodies shaking as Nicks then takes it deep. Nighttime heats up on the balcony when Dario Beck is joined by smooth Alex Graham, who slides his big dick inside Dario after their hard swordplay.