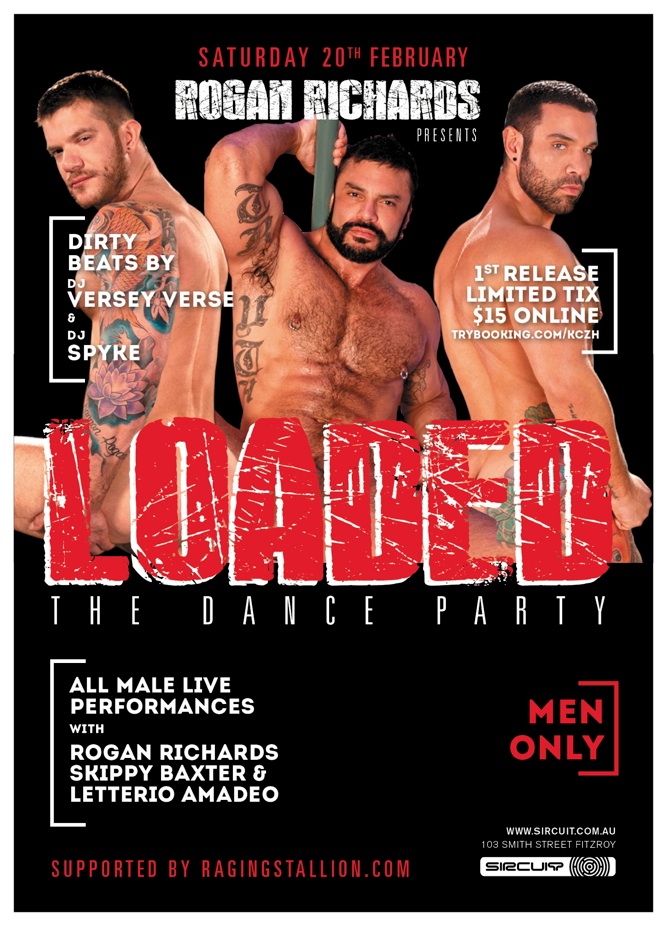 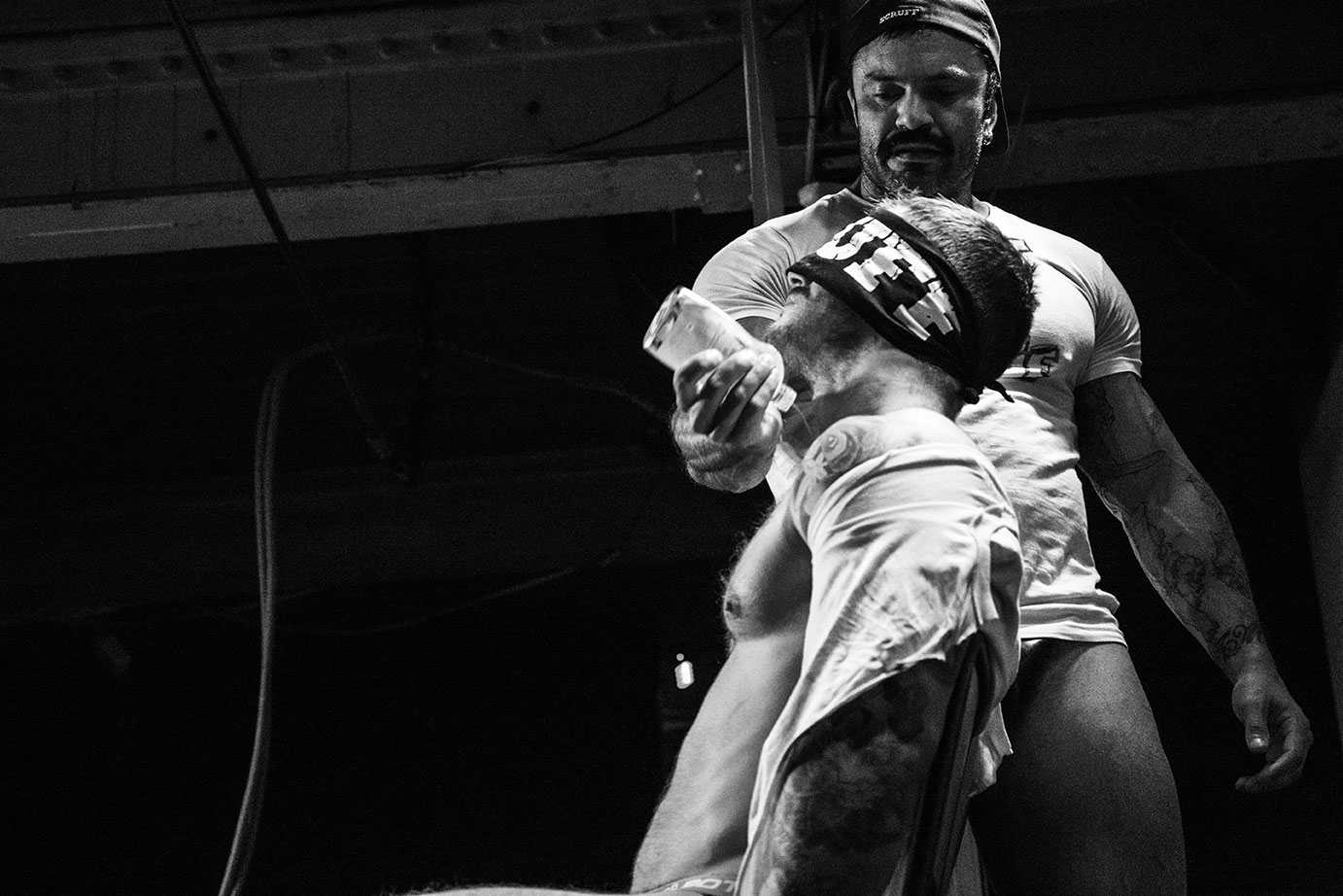 ROUGH powered by SCRUFF at SIRCUIT

WHAT WAS SUPPOSED TO HAPPEN.

SKIPPY was on the main stage blindfolded, his eyes covered by a SCRUFF bandana. His large muscular frame sat on a chair, stretching a tight T shirt that had “SIRCUIT RULZ!” written on it.

I appeared on the opposite side of the club on the stage that a muscular GOGO boy had just come down from. I was wearing a SCRUFF hat turned backwards with an 80s visor that covered my pretty face. My massive upper body was also stretching another tight T that had “DON’T HATE – CREATE!” written on it in response to a angry ‘tran’s’, with a major pole up her cunt about me, who’d recently publically attacked me for being too pretty and the club I was performing at for supporting my astounding beauty. I had my EAGLE LEATHER black lycra G banger on and “Cum fuck me !” boots.

A peaches track started and I humped the wall for a while before flexing and playing with my cock. I then noticed the hot meat waiting for me on the main stage. SKIPPY BAXTER. I remove my visor and then stalk my way over to the stage like a Lion on the hunt.

Once on the stage I play with my prey, ripping open his T and pouring Johnston and Johnston baby oil down his thick hairy pecs and abs, in between licking and feeling his muscular body up I shove my tongue hard down his throat. It’s not hard to get hot and heavy with SKIPPY BAXTER.

I then take his blindfold off and move to the front of the stage waiting for SKIP to come up behind me and rip my T off, my thick pecs popping out which SKIP then man handles while drowning my muscles in the baby oil. Both of us are topless now, im wearing my G Banger and boots, SKIP has on a jock strap and my #dontyouknowmyshoesarefamous yellow Adidas kicks.

We mutually worship each other’s muscles and lock lips trying to eat each other’s faces until the track ends and the show ends.

I placed SKIP on the stage and should have told Keller to turn the stage lights off. You see the problem was as soon as I put SKIP up there everyone started flocking to the front of the bar, where the stage is located. I actually had a little difficulty getting though the crowd to get to the back of the club where I was starting the show. I assumed people would A. See me walking to the back of the bar. And or B. Look around when SKIPPY just sat there doing nothing for 2 minutes.

So I stuck to the original plan and started the show at the opposite side of the bar.

A. No one cared that I had walked to the other end of the bar. What also was fantastic but worked against this elaborate stage show was the entire club was packed so there was already a big crowd at the back waiting for me.

And B. Everyone just stood there staring at SKIP who sat there doing fuck all.

When it was finally time for me to move through the club to the front stage I couldn’t even get through the crowd. By the time I actually made it to SKIP we had less than a minute to interact with one another and then the show was over. Blink and you missed it.

HOW I MADE UP FOR IT.

I could tell everyone was pretty unimpressed with the show or lack of one. So I got back up an hour later on the back stage flopped my fat hard cock out and let them all blow me – hard to complain when my dicks in their mouth.