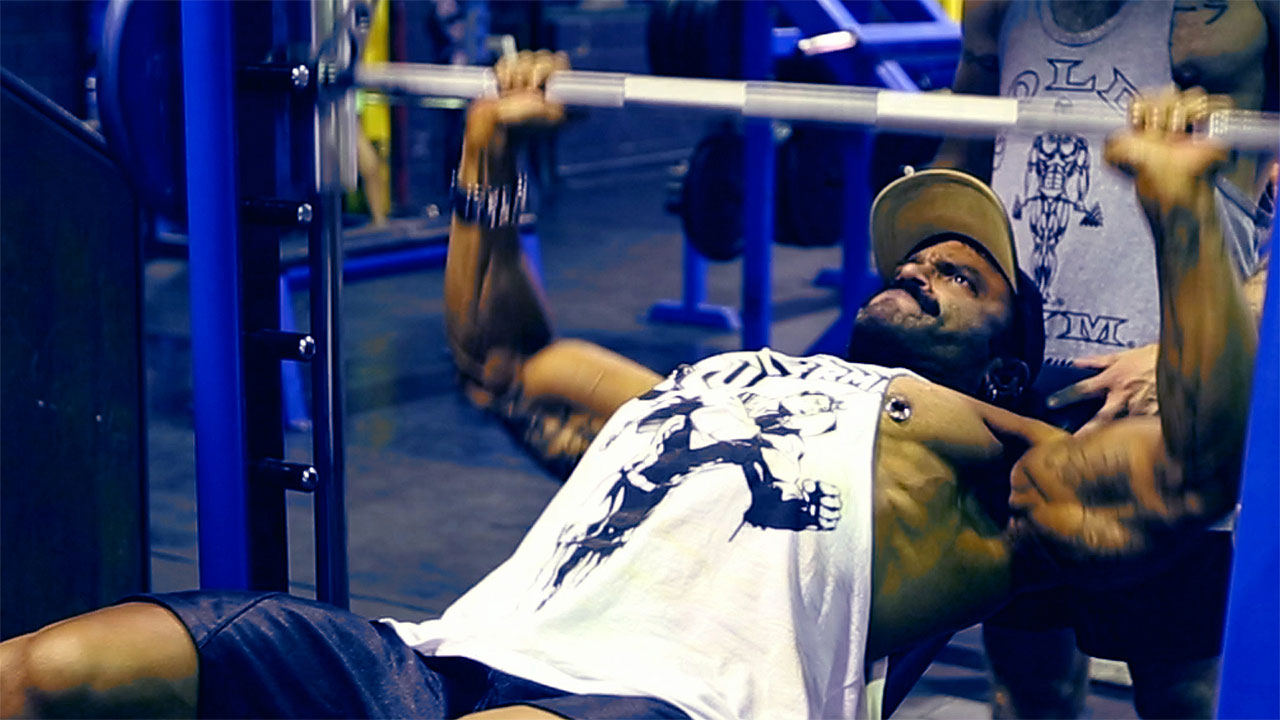 The footage was to be used as a doco giving you a no holds barred look into his life and bodybuilding. At this stage he wasn’t aware of Skippy’s meth addiction but the relationship had been severely strained and Skip had not been at his first comp. Though he had reunited with Skip who was with him for these 2 weeks. Soon after Skip got worse and the doco was put on hold. But here is the extended workout videos that were shot during this time…

In Day 1 Rogan reunites with Skip for his first workout back after the IFBB Melbourne Championships and hits chest.