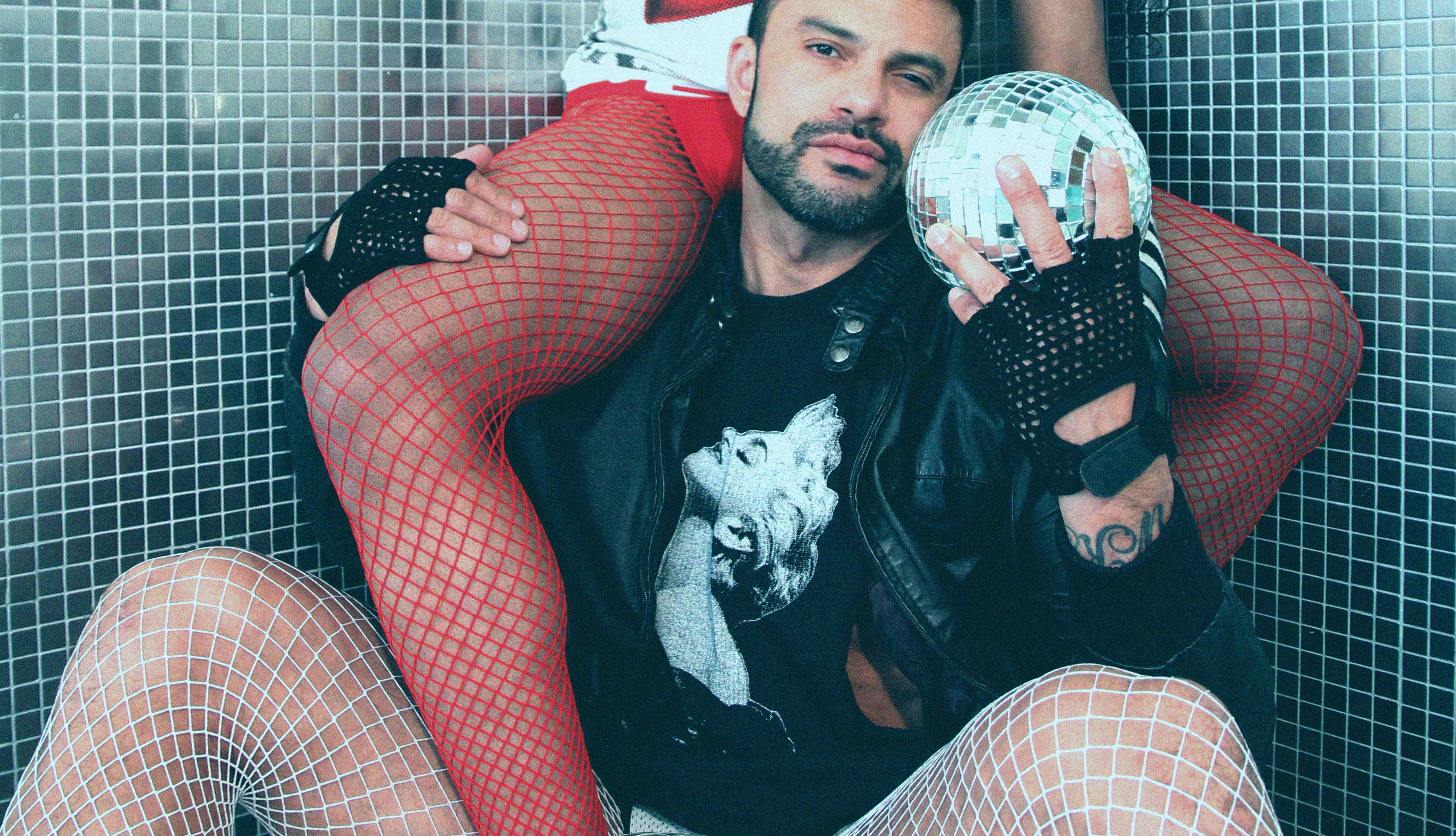 People are always messaging me on all my social media platforms asking me what music am I into? and what artists are my fav? Music plays a massive part of my life. I always have music playing, as I type this right now, when I’m driving, especially when I’m working out! When I’m writing, fucking or hanging out at home. (The only time I don’t have music on is when I’m editing cause I need to hear the audio tracks of what I’m editing.)

So here, in no order is a collection of who I would consider to be my ALL TIME FAV musical artists that have and do continue to influence me and my life.

I was under-age and very nervous, my cousins had drawn a moustache on me and dressed me in over-sized clothes and dragged me out clubbing with them. Remember I was a very different person as a teen, shy and socially awkward so sneaking into nightclubs was extremely nerve racking and exciting all at once! Paula Abdul’s Straight Up was playing at every club we got into and on the TV screens. The only artist that came close to replacing Madonna on my top spot as a teen.

Hate him or love him, Kanye is one of the most creative, ingenious musicians of our generation and has transformed the face or R’n’B/Rap/Pop. He also taught me so much in terms of creating a brand and a legacy from nothing but will power and the manipulation of words, images and bullshitting. Something I apply to my life and my career everyday. Like that Kevin Coster film, “Build it and they will come.” Kanye taught me, “Show them and they will follow.” (It kinda helps to be super talented as well, really good looking and NOT a douche bag.)

Daft Punk would be, hands down, my all time fav Electronic band. Even though Discovery was frowned upon by many of their hard core fans as being too commercial, it’s for this very same reason it’s my fav album of theirs. Absolute 80s pop-electro brilliance! Add to that a feature length animated film that played out to every single on the album (yes, Yonce` fans, the Daft did it years before her!) and what some of you hard core fans of mine would know if i wasn’t doing the career I am the other career path I wanted as a youngster was that of a 2D animator, so I was obsessed with animated films and cartoons growing up. So when they did this film I creamed my pants!

My 2nd fav Electronic band, CHROMEO got my attention with this song and their 80s inspired sound has had me transfixed ever since! (Other electro bands that are note worthy that didn’t make this list are Justice, Tesla Boy, Futurecop! Zoot Woman and Grum.)

Kylie’s very first album was actually the VERY first album I ever bought! (Cindy Lauper’s, Hole In My Heart was my first 45″) Kylie is probably one of the most underrated artists, if you just google the photoshoots and music she has done you find such an amazing, inspiring, vast and eclectic amount of artistic collaborations, risks and accomplishments. I FKIN LOV this woman!

I went through a MASSIVE metal/rock/emo phase where all I swore by was alternate music and these genres. It was during the late 90s when I wouldn’t listen to pop at all (besides Madonna and Kylie) and my obsession spanned a decade. Recently I have stopped listening to these genres, only revisiting certain bands now and then. (Some noteworthy bands that I swore by were Amity Affliction, Chiodos, and Trapt.) but I have and will always be a hard core TOOL fan since a mate at the time introduced me to them with  this song.

I still maintain that Martika’s debut album is one of the best pop albums EVER and holds up to this day. I used to know every word AND move from the music video, “I Feel The Earth Move”. I even think her come back song “Go With the Flow” is SO FKIN BAD it’s FKIN AMAZING!!!

I had to post her latest single which I think is one of the smartest and addictive R’n’B/pop songs to come out in ages. I FKIN LOV this song and the ANTI album. I totally understand why both are taking awhile for the public to warm too but seeming she just scored her 14th number one making her the 3rd best selling artist of all time, I guess I’m not that far off the mark. (I feel really bad that I’m not including Janet Jackson in this list, especially since her song “Pleasure Principle” is one of my all time FAV R’n’B/pop songs but… oh well. Other noteworthy artists are Chris Brown, Tinashe and Iggy Azalea.)

OK, this is probably one that no one saw coming! Can you believe Take That was the only band that I owned EVERY single, B-side, album and rarity hat was released on CD. They weren’t big in Australia till “Back For Good” so I had to import every FKIN thing I wanted. I was into them around the time I was coming out and they were the soundtrack to my new-found sexuality and exploration and I totally wanted to fuck each and every one of them at one point!

Do I even need to say anything?