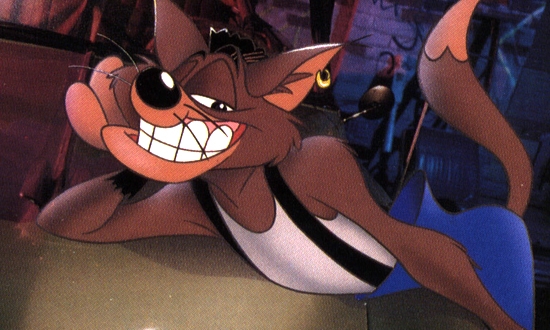 ONCE I THOUGHT I’D MAKE A SKAT FILM…

By Rogan RichardsJuly 21, 2019No Comments

…when I was called by an acquaintance of mine to join him with a client in a hotel one grey afternoon in London. As I was making my way there the client also started texting me as well, asking how filthy I would get with him? To which I replied as filthy as he could handle. He asked if I was ok with shit and I optimistically said yes.

I walk into the hotel room and I’m slapped in the face with the severe smell of sex, lube, and shit. I notice brown stains are already all over the bedsheets and my first thought is, “Fuck, poor room service.” So the other escort makes a hasty exit as soon as I arrive, which makes me think I am his replacement or either he’d had enough or had another job to go too. But not before instructing the client to get on his knees and service my cock and tell me to treat the client like a piece of scum. I say, “Ok.”

So I’m making the guy choke on my cock and spitting on him and I tell him, “You fucking worthless faggot, fucking beg to serve your Sir.” He mumbles some crap. I pull my cock out, slap him across the face, grab him by the back of his head and shove his face back onto my cock harder and deeper demanding, “Beg for it pig!” When I realize he can’t really breath with my cock choking him, let alone speak.

So I removed my cock and slap him across the face again, for good measure, maybe a little harder than he’s used too from the shocked expression he gives me and the fact that he mumbles, “A little less rough please Sir.” “You take what I give you sub!” I correct him. “Please Sir…” he replies meekly. I’m not positive if he is genuine or acting the part, realizing we didn’t set a ‘safe word’. Not wanting to interrupt the mood I tell him, “Get up and get on the bed, face down and spread your fuck hole.” Being the conformable sub that he is, he does so immediately and says, “Will Sir fuck my shitty hole?”

Well, that wasn’t where I was going with my dialogue but I’m not one to block an improv so I reply, “Spread your shitty ass hole!” He does so and I shove my cock hard into his ass, dry without lube, and start drilling his filthy hole like the fuck machine you are all accustomed to me being.

When I finally pull out and look down at my dick, it is to no one’s surprise I have shit all over it, so I instruct the guy, “Get on your knees and clean my cock!” Which he does with great enthusiasm. Once I’m satisfied it is completely clean and only after, I allow him to stand up. He tries to kiss me and I immediately shove his face away, in my head thinking “Eww!” But out loud saying, “Get back on the bed you filthy piece of shit!” And fuck him some more, mostly for lack of knowing what else to do with him.

So this shitty scenario continues for most of an hour, begging, fucking, degrading, mouth cleaning, repeated until the bedsheets look like a cow print instead of the crispy clean white sheets they began as. I had somehow successfully managed to keep the majority of all the shit off me considering how messy we have been. That’s when he asks if I’d stay an extra hour?

The novelty of brutally using this shitty guy as a wretched subhuman has worn off and I say I have to go. He then begs me to fist him. I point out, “I have no fisting lube with me.” He says, “You don’t need any.” I confirm, “You want me to just shove my fist up your ass without any lube?” He enthusiastically replies “Please Sir!” I guess it was his audacity to think that he could handle my muscular fist dry that triggers my curiosity or spite and sadism and I say, “Ok faggot bend over.” With no hesitation or tenderness, I thrust my fist right up in him.

And that’s the point where I reach my threshold. That moment when my hand bursts into his shitty bowels, like shoving it into a thick double chocolate cream cake with choc chips. I totally almost threw up on his back right then and there. I managed to hold the vomit back and retract my hand that was as you could imagine a sight to behold, not to mention the potent smell, which only makes me want to throw up more violently. Without a word and pretending I’m unaffected, I move as fast as I can to the bathroom and wash my arm the whole time dry retching. It is obvious to the guy I was not into playing shit castles inside him and he apologizes. I try and save face by saying, “It’s fine (Retching) I just have to (Retching) go…” So I shower, get my paper and leave.

As I walked amongst the bustle of Londoners going about their regular lives in the middle of the afternoon I made a mental note to contact Matt Spike and tell him I won’t be doing that skat film we had talked about collaborating on. I had come to the firm conclusion that the only skat I was into is MC Skat Cat.

THINGS THAT MAKE ME PRE-CUM AT THE MOMENT…

THINGS THAT MAKE ME PRE-CUM AT THE MOMENT…