WHY IS THIS WEB SITE SO FKIN SPECIAL TO ME? 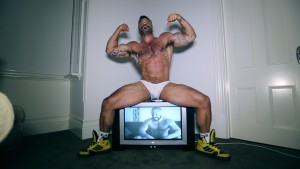 I never wanted to be a PORN STAR I only started doing films to gain fans to join my then, very basic web site. When my career exploded in 2012 I knew I could make a career outta being ROGAN RICHARDS. I could pursue all my creative dreams and use my body to open doors and generate interest in who I was and what I was doing. I also knew that my first web site (Thank you Peter!) wasn’t powerful enough to keep up with my rising profile. At the beginning of 2013 I took it down with the understanding that I would have a new web site in 4-6 weeks by a company I had hired.

Over 3 years later I still had nothing. 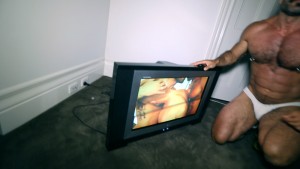 At the beginning of 2015 I got a message from IN-CHARGE.NET on my Facebook page asking if I wanted a web site. At first I declined explaining my situation. Luckily (and let this be a lesson to anyone reading this, persistence and taking the initiative DOES pay off!) IN-CHARGE.NET came back 2 weeks later with a mock up web site that was 10 times better than the actual site I was working on that had taken 3 years for this other company to develop. I also had just found out about several major flaws in the site. It was then that I finally gave up and accepted the loss of 3 years income and professional damages and over $6000 spent and walked away. (Did I mention I was royally BUTT fucked!?)

I contacted IN-CHARGE.NET and said, “Lets do this!” and a couple of months later here we are!

“it’s ALL about The FLEX!” and it’s my chance to finally show the world what I’m made off!

THE WAIT IS OVER (the original web site promo)

THE WAIT IS OVER (the original web site promo)