IT IS NOT JUST THE RAIN IN SPAIN it is also BORDER CONTROL IN THE USA!

By Rogan RichardsFebruary 28, 2016No Comments 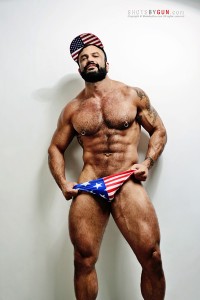 I get nervous when I fly. It’s one of the few times I still do. Why? Cause, undoubtedly I always have trouble. In Madrid I was dragged into a back room and Wampa and I were stripped searched. This experience was new to Wamp’s, so he was kinda thrilled but I wasn’t.

What is it? My muscles? My beard (now?) or my kicks or inhuman good looks? When I asked them, the same people who spoke in broken English for me to follow them into the room for a ‘random’ strip search, they reply, “No English.”

I had a funny feeling this would be nothing compared to what was in store for me in the USA and you know what, I was absolutely right…

They say you only truly hate the ones you love. Anyone who knows me knows I’m obsessed with the USA, have been since I was kid. Through their TV and movies I became a Yankee wannabe. Some people still think Rogan Richards is American mainly due to my adopted style. So it’s no surprise that the country I’m most in love with causes me the most grief.

I arrive and tell the guy who has my passport in one hand and my future in the other that I am in town for IML. That’s not a lie. The guy says I need to come with him and takes me into the U.S Customs and Border Protection room and I get seated with all the other ethic people who I guess Americans think look dodgy. No white folk here guys! Like a bus trip in LA.

After an extended time I’m brought into an interview room by one of the blokes with large toy looking belts with over sized guns and batons. He sits me down and starts to ask me some questions. Admittedly I find myself having a man-crush on this officer. In fact there’s several large built officers walking around that are hot and…. Wait, stop thinking with my cock, and get back on track. One of the questions is, “Do you also go by the name, Richards, Rogan?”

I pause, a guilty smile sneaking up on my face. Busted. There’s no hiding this. Multi-media has made sure of that. I say yes. He then asks, “Are you planning to do a show in NYC in June?” To which I also reply yes. I’m fucked.

I don’t have an entertainers VISA. When I looked into VISA’s several years ago there were none that I could apply for that accepted anything within the adult industry as an acceptable profession to apply for. So I had so far been doing what I do while travelling on a Tourist VISA.

Somehow NYC had black listed my name stating that I had been working in the country under the name of Rogan Richards without the proper paperwork. The guy tells me they have looked at my TUMBLR and he has to speak to his supervisor and get back to me. I’m sent to sit out in the waiting area again for another extended time period. I’ve been up for almost a day by now.

I get called back in and told I won’t be allowed into the country. I have the choice to revoke my application to enter and they will kindly put me on a plane, sending me back the way I came, where I can apply for the proper paperwork and try again. Or if I refuse to revoke it they will deport me and I will never be allowed back in the country. He asks me which I would like to do? The answer is pretty FKIN simple to me. I ask him if he liked my TUMBLR and he smiles saying yes, “They liked it, there are some professional photos on there.” I get told to go back into the waiting room. For a split second I consider doing the bend and snap and seeing if that gets me out of this situation but think better of it.

They take everything I posses off me including my hoodie and shoes then walk me into a room and lock the door behind me. I look around me at what looks like a set from the “Saw” franchise. There is a row of large plastic chairs lining one side of the wall, the kind of chairs you have when you don’t want anyone sitting around for too long. The walls and ceiling are stark white. There’s two double bunk beds each with green plastic mats to sleep on, the kind that they use in gay saunas for easy clean up. There’s a small blanket that would cover a midget and 2 plastic sheets. No FKIN pillows! There’s a stainless steel bathroom attached to the room with a basin, toilet and roll of toilet paper. This is the kind of place you kill someone. And to top it all off a nice mega bright neon light that is gonna blare into my face the entire night.

By now I have a massive headache from sleep depravation and I’m so uncomfortable. I eventually figure out how to sleep. I take my pants off. It seems all good things come from doing this! I use my pants as a pillow, throw the plastic sheets over me for warmth and use the pathetic, come on guys – you are FKIN kidding me blanket they have provided to cover my eyes from the blaring neon light.

And I sleep. Kind off. Well, as best as I can. At about 7.30am I decide sitting in the waiting room with the ethnic world representatives would be better than this and knock on the door.

I ask the most appropriate question first, what time is my flight this morning? The lady, in a very sympathetic voice says 4pm that day. I stare at her. She asks if she can get me anything? I ask to be allowed to go into the waiting room. (I’ve had enough of being treated like a sub-human piece of shit thank you.) In a super nice all-American way she tells me I’m not allowed out and have to wait in the cell till my flight. They kinda forgot to tell me that the night before. Funny that.

So I went back and lied down.

I should mention that they had been feeding me by providing me with water and sandwiches. They were all super all-American nice to me, it was a real head fuck, the juxtaposition of the way they were acting and what they were doing to me.

Finally 330pm comes along and a guy opens my door, only a crack, like I’m gonna try and run for it or something?  He asks if I had a continuing tix home from Spain as they may send me back to the USA if I don’t.

I say no and the guy leaves saying they’ll figure it out. I’m left starting at the white walls for another hour until a bunch of other guys come to get me. One of them I noticed the day before, he has this Chris O’Donnell sex appeal to him and blood returns down stairs. My cock is as stubborn as I am I guess. I ask about the Spain situation. As much as I want out of the FKIN cell the last ting I want is for Spain to send me back to the USA.

They kinda shrug and take me to an elevator that leads outside the airport and I’m ushered to an armoured truck. I’m flattered that they are escorting me in something that one would use for the Hulk but I ask if this is a little dramatic. They say all the normal cars are in repairs. I prefer the idea that they’re transporting a MSCL BEAST and are taking severe precautions.

They drive me to the plane and take me up some stairs and back inside the airport where the airline workers at the desk greet me. One is super friendly and keeps staring at my arms and asks if I have a carry on flight from Spain to anywhere else. Once again they are worried that Spain will send me straight back to the USA. It’s making me nervous. When I say no he takes my credit card and buys me a flight to Casablanca. (?) He returns my card and tells me once in Spain go straight up to Air America and get a refund on the flight. Well, he tells my arms this.

Finally its time to board the plane and I have to say bye to Chris O’Donnell. I almost wanna use my line, “I’m not hard to find, google me.” but realises they already have. They give my passport to a flight attendant and tell me I will get it back either during the flight or after landing.

The worst thing about this entire experience, that had now spanned 3 days with no shower, minimal sleep and though they fed me not the kind of food and quantity I’m used too, is the aspect of not knowing anything. Though they spoke to me there was never a time when I actually knew what the fuck was about to happen to me after any given moment. Now that I was leaving America what was gonna happen in Spain? Would I go through the same experience minus English? Would they send me back to the USA or usher me on to  Australia and why the fuck did Kylie release, “I Was Gonna Cancel” as her new single and what’s with that accompanying video?

We land in Spain and I walk off the plane to find 2 security guards waiting for me. One steps aside with me and asks what happened in the USA and I tell him. He nods passes me my VISA and says, “ You’re fine here in Spain.” 2 minutes. I’ve never felt so anti AMERICA and pro EU!

And next time I travel I’ll buy a book! At least I could have read something in that mutha FKIN cell.

Why have I written this long winded story for you to read? Well, you could say it’s my obsessive compulsion that I think everyone wants to know all about my life and everything that happens to me. You could say that there’s a lot of people wondering why I’m not at IML wearing Eagle Leather, a cock ring and my yellow Adidas kicks fucking a bunch of random hairy muscle blokes.  You could say that I share these stories so that when other people find themselves in a similar situation they are better prepared and know what is or could happen to them. Any would be correct.

So what now? Where does that leave me and my intended plan of attack for world domination 2014? Well, if you know me you know I’m a stubborn son of a curry muncher and don’t take no for an answer without a fight. I need to look into how I might try to get my rock hard semi-hairy muscle ass back into the USA. In the mean time I have the whole of EU to conquer. And though admittedly it has never been my main target I think there’s a lot of opportunity here…