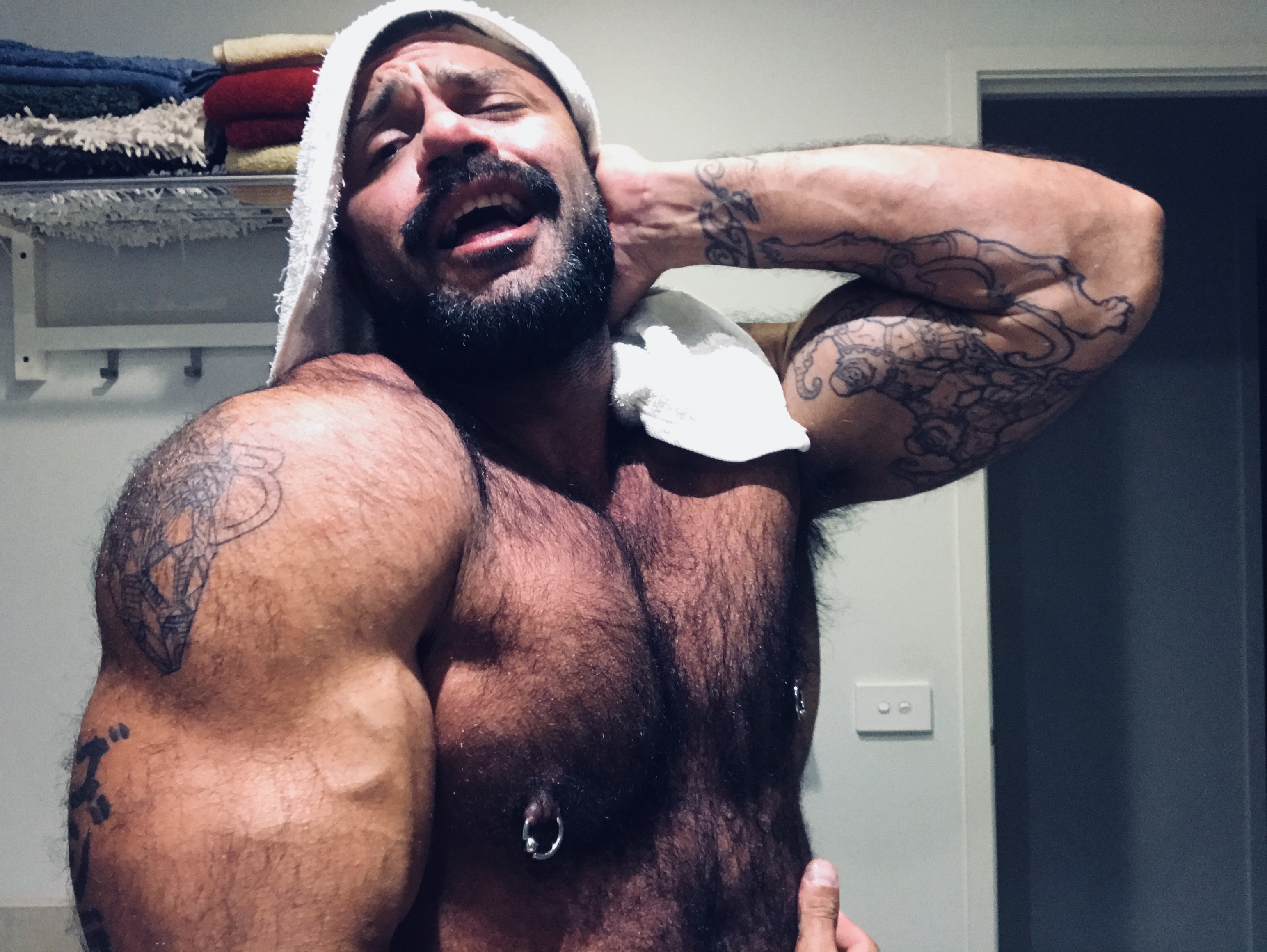 I hated my voice as a teenager. It was, I was, extremely camp. As a kid I didn’t have a problem with it because I just wanted to be a girl anyway. I used to run around the house with a tea towel on my head, not trying to get in touch with my Indian roots by wearing it as a turban but rather pretending it was my hair and I was Madonna from the Virgin Tour. I would finish my shower at night and spend ages with my improvised wig/towel on my head pretending it was my long hair, flicking it around and admiring myself in the mirror.

I think most of us fags did this in our youth but can you say you convinced a year level of straight boys to run around the playground holding your hand?

In grade six I convinced all the jocks in my year level to play this game which was a hybrid of The Dark Crystal Vs Flash Gordon meets tag, or tiggi as some call it. So the football was the crystal shard and it was protected by one boy who was Flash Gordon, with the rest of the lads being Skesis that had to tag Flash to get the crystal. Once tagged, Flash became a Skesis and the guy who tagged him became ‘the new’ Flash and protector of the crystal shard. I was never short of a vivid imagination. Now even more incredible than making these jocks play this game was convincing them, for the sake of the game’s authenticity, that I had to be Dale Arden … AND … who ever was Flash had to run around the playground holding my hand!

Move over Kanye, I knew then and there, I was destined for great things! Wait up, you’re thinking, wasn’t I depressed and socially awkward growing up? Not when I was in primary school, I was king of the world! My life turned to complete shit when I hit High School. What they say is true, ignorance is bliss.

* Can I quickly make a point of stating there is nothing wrong with being camp or girly if that’s who you are and what you want to be. And even now I will happily chuck on a wig, pair of high heels and stockings and spin around in gold posing trunks any night of the year. I remember when I started doing porn in 2012, I showed a studio one of my club performances of me in Muscle-Drag and they quickly said that I should not let anyone see it as it would ruin my career. Of course I didn’t listen to them and I knew then and there I would never conform or fit into the restrictions of social categories or expectations. I know who I am. I know what I am. Once you discover that, accept it and own it you can do what ever the fuck you want. But it was a very long, lonely and painful journey to discover this…

By my late teens I knew I was gay and having a hard time accepting it. I had also become very ashamed of my girly characteristics. I think at this point in my life it was social shame from lack of knowing it’s ok to be different. I wanted to be normal, get married and have kids. I wanted to be straight. Looking back I think I mistook masculinity with being straight. You see at the same time of all this personal and sexual confusion I had discovered bodybuilding and my obsession with male muscle. Thanks mainly to Tarzan and my old man’s bodybuilding magazines. (NO! He- Man had NOTHING to do with my sexual development, and I don’t like him being sexualised. I think cause I discovered him before I had a sex drive I never associated him then or now with sex. Sending me pornographic MOTU art is like sending me snaps shots of my parents at it.)

Part of my teenage depression was insomnia, staying awake every night and re-imagining my life differently cause I hated my life, or more honesty imagining myself different cause I hated myself. A recurring scenario was one where I’d wake up in a forest, in an alternate dimension, alone but for a wolf companion. I would have to build my house out of tree logs and boulders and in doing so I developed an incredibly impressive muscular body. This story line, my wolfhound and I and my massive muscular body against the elements and monsters, could last all night giving me only an hour or two sleep before school the next day.

Eventually the scenario progressed to me discovering a kingdom. I was always in the middle ages probably because I was obsessed with Fantasy books as a kid. Yes, I did the whole GOT thing years before the rest of you. I would be caught by soldiers and forced to fight in an arena with other equally muscular clad men (of course) which would ultimately involve a lot of sweaty muscle on muscle action. Especially pec rubbing on pec action.

So basically I went from a king of the world childhood to repressed, manic depressed teen who, tough I never once wanted to kill myself, very much wanted to disappear and wanted desperately to be someone different than who I was. Then one day I decided to stop beating myself up over not being who I wanted to be and make myself into the person I wanted to be. So I changed my voice, I mean, I didn’t have surgery or nothing I just forced myself to change how I sounded and spoke. Then I changed my body. Then I forced myself to do the things I was afraid of doing. Simple things like talking to strangers, looking people in the eye. Then of course my sexual development is a whole other story but I grew, through experience both good and bad, into an alpha DOM top who by most people am now considered an animal. I became the fantasy I had as a teenager. I still doubt myself, I still have days where I am nervous as fuck, wanna hide away from the world or question who I am. I still want to be a bigger more bad ass version of who I am. I am constantly growing both physically, emotionally and mentally as a man.

But I am so happy with who I am and my life and I have only myself to thank and the billions that influenced and inspired me since the day i was born, starting with the incredible man that was my father. My masculinity is not defined by me acting an expected way or doing expected things, I will be queer, camp, or effeminate on any given day or moment if I FKIN want too. I will love how I want too. I will live my life the way I want too and be proud of who I am and what I do. And have FKIN fun with it!

I’m not accountable for the extreme emphasis the gay community puts on physicality and categories that encourage self hate, body dysmorphia and many negative feelings for ones self when you don’t fit into the norm. Many would argue changing my voice and body to find happiness enables this negativity. But listen here YOU, who seems to think you know everything about everyone, changing my body and my voice and my attitude did make me a happier person. So if you are not happy with who you are or what you are, do something about it and become the person you need to be in order to be happy.

That or FKIN accept who you are and live to your own FKIN beat and don’t allow the mass sheep within the gay community to make you feel any less than amazing. Fags are gonna hate, bitch and read for the sake of it cause they don’t have the self confidence or want to think for themselves. And they’re just super bitter they’re not you. 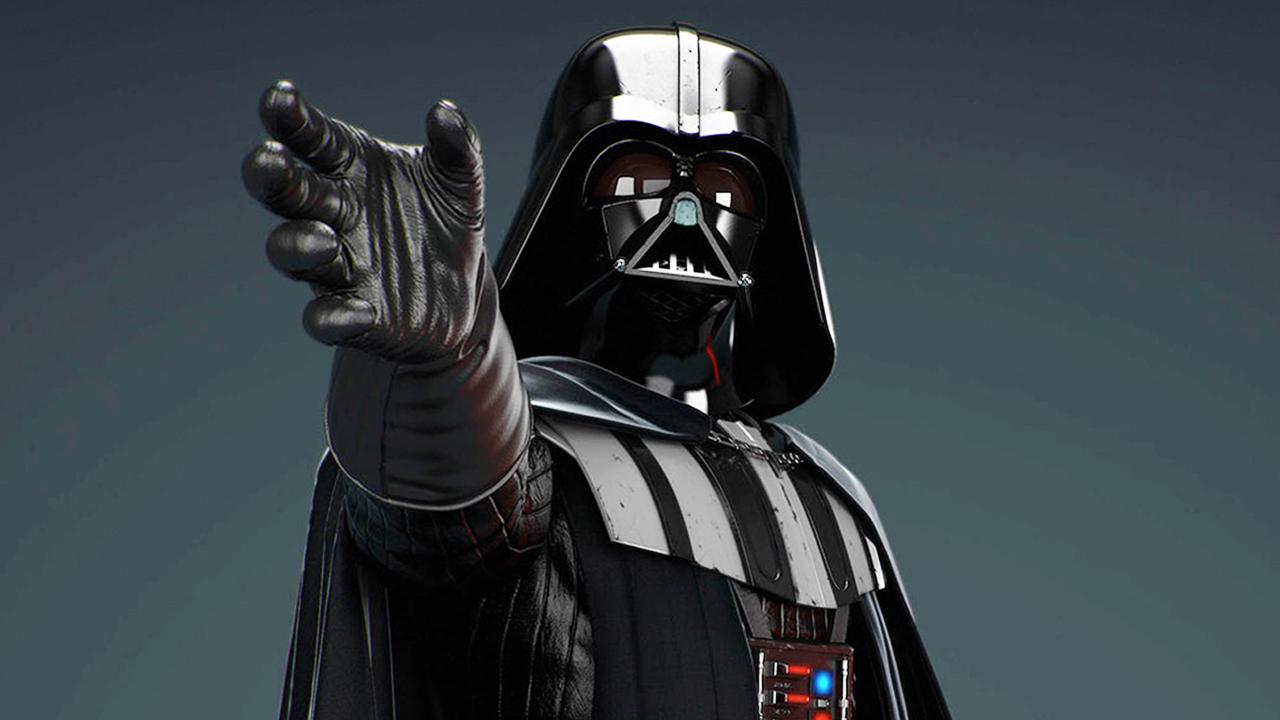 And if all turns to shit… I still have Darth Vader as a back up plan.

All in a days work…

All in a days work…