INSTA CAN GO GET FUCKED!

By Rogan RichardsOctober 9, 2019No Comments

This is how FKED up Instagram is. They deleted my original account, and fair enough, I’ll allow them to have that one as I was pushing the boundaries more than is allowed, but NOWHERE NEAR as much as other accounts! So I created a new account and played by their rules only to have some dip shit get it removed. How do I know this asshole did this because some wanker created a supposed “fan” account… 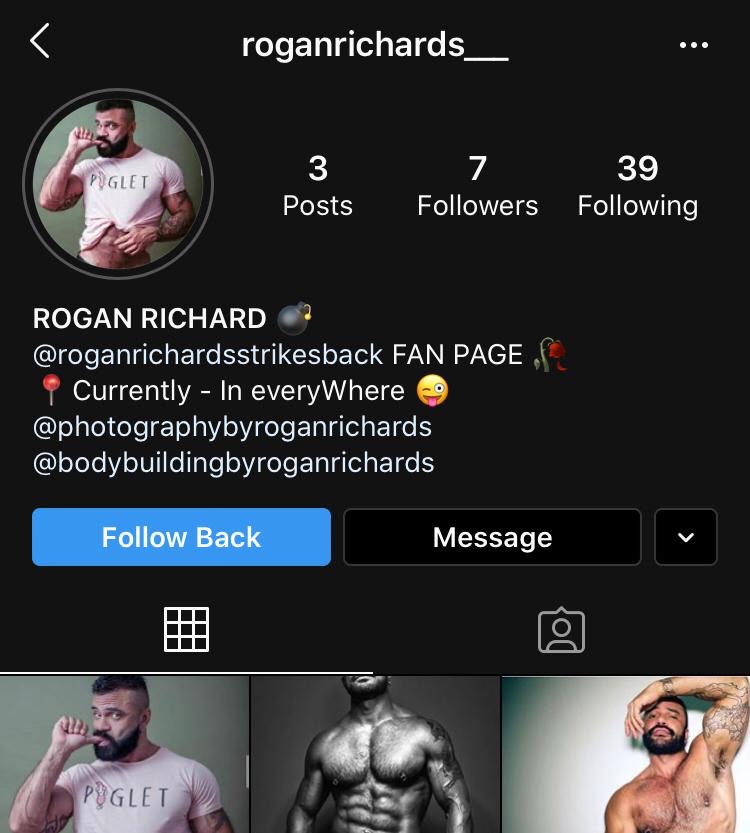 …his handle was ‘roganrichards_’ Name ‘ROGAN RICHARDS’ and only in his bio was the word ‘FAN PAGE’ used to show that he wasn’t trying to be me. This guy messaged 3 people I know so far asking them to follow and repost his profile, two of my best friends and my pup. I messaged the shit head from my pup’s account saying he needed to state that he is a ‘FAN PAGE’ in his account name. He said he had, cause he’s obviously stupid and doesn’t know the difference between a header and a bio.

I then messaged him myself from my account stating the same thing, also making it blatantly clear that if he was actually a “fan” (a word over-abused almost as much as “love”) he would make it clear that this account was not pretending to be me, esp after my original account was disabled and many people don’t know I have a new one AND so many other fake accounts have surfaced. Which would only confuse my followers and piss me off.

The next thing I know my new account and my pups have both been disabled. Coincidence? I don’t believe in coincidence. My pup managed to get his profile reinstalled by following the prompts.  I did exactly what he did but when it lead to a page that he was allowed to plead his case, I was not given that option but rather had a popup message saying we will email you with a response. Meaning, we don’t give a FUCK and you won’t hear back from us. Because I have NEVER  had a follow-up email from Instagram… EVER!

What really pisses me off is I have reported fake accounts who not only try to be me for attention but also to commit fraud and steal money from my followers, these accounts are still active. This cunt gets me and my boy’s account disabled in the space of an hour.